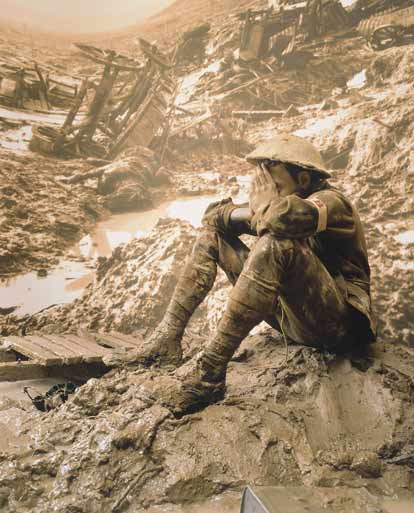 Armistice Day... the 11th hour, of the 11th day, of the 11th Month, 1918. The time that the big guns went silent from the North Sea to the Swiss border in Europe, along with explosions in Belgium and France that could be heard as far away as three hundred kilometres, 26 years before the invention of nuclear weapons...

Even living on the far side of the planet,  families in Australia and New Zealand were massively affected by the carnage that was World War 1. Nearly one person in ten served in the armed forces, with just under half of all men between 18 and 44 were serving in uniform. This meant just about every third family had someone who either served, was injured, or died. Everyone in Australian society in 1918 knew someone personally, who did not come home.

The North Shore of Sydney was no exception. The very first 4 regiments of 1st battalion AIF, comprising of our  "best and brightest" were raised here on the North Shore and the inner suburbs of Sydney. Sadly, many are now posthumously commemorated on the honour rolls of our schools, sporting clubs and surviving public buildings - with ages at which they died, so appallingly young.

Yet not all of the people directly involved were very young - doctors such as Gother Clarke, who was in his fifties as one of the main surgeons in the Australian Army Medical Corps, or  Eastermorn Waller, a world recognised violinist in her thirties - were killed ministering to the wounded in hospitals, and in churches during mass, many miles behind the lines. Cannon shells killed so many, so indiscriminately - and often left little, if anything to bury .

It is this background of the sheer blood-letting , ugliness and suffering that was the norm of fighting around Anzac cove, and the western front in Europe that makes the heroism, gallantry, good humour and gentlemanly conduct worth remembering. They were living a waking nightmare, in the most hellish of places. Something else to keep in mind, is that the men wearing the slouch hat were not all 6 feet tall plus, blue eyed blonde, “Clancy of the Overflow” type tanned bushmen and athletes. They were as diverse in their backgrounds from factory workers, to shop clerks, to tradesmen and every other kind of profession you can imagine. It was their very ordinariness – the fact they were fathers, sons, mothers and daughters, spouses and sweethearts that make their super-human efforts even more remarkable.

Yet it was because they were all of these things, that makes their loss so keenly felt. The empty place at the family dinner table,  the clothes that would remain hanging in the wardrobe in mute reminder,  and the Christmases that would never be shared again with that loved one, became a feature of many Australian households.

It isn’t an exaggeration that 1918 as a year where the whole world was in a state of shock and grief. Of all of the best and brightest who went off to war, so many did not come back.

Many of those families, not knowing if their loved one would be remembered in any formal way, made memorials to them on the family plots and mausoleums in the St Thomas Cemetery in Crows Nest, and in the Gore Hill Memorial Cemetery on the Pacific Highway, right next to Royal North Shore Hospital. Lone Pine, Quinn’s Post, the Nek , Passchendaele, and many other places that they fell, are memorialized in stone in these lower North Shore Cemeteries. Surprisingly, no one has made the concentrated effort to tell their stories, up until now.

2020 is the 102nd anniversary of the end of "The End of all Wars".  There could not be a better time to stop, reflect, and give thanks to all of the people who gave up all of their tomorrows, for our today...

Please click on the buttons below, to organise your place in what is going to be a very special pair of tours!

( 10% of profits of Sydney Ghost Tours and Sydney History Tours are always used to restore and preserve historic sites, on all of our tours. However, an additional 10% of the profits from these two  tours will be donated to Legacy NSW, to assist the veterans, their spouses and their families.) 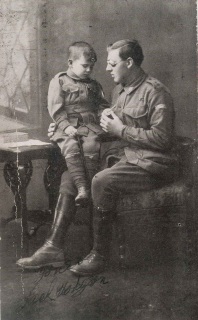 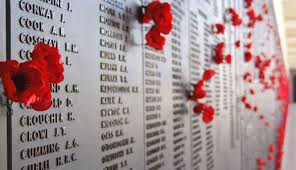